Bridging the Gap Between Lighting Networks and the Internet of Things


Incorporating intelligence into the humble light bulb, adding movement or ambient light sensors, and interconnecting these nodes to create a programmable network, is what we typically understand by smart or intelligent LED lighting. Connecting those nodes, and/or the local network to the Internet is the next stage. Intelligent lighting as part of the Internet of Things (IoT) is already enabling a host of new benefits and features, whether in the home, commercial buildings, or in the street.

The availability of low cost, ultra-miniature LEDs, sensors and communications devices has made it economical and physically possible to embed Internet connectivity into every light bulb. Protocols such as IPv6 have made it truly viable.

This article explains how LED-based lighting systems might drive the IoT movement in the home automation industry sector. ZigBee Light Link is emerging as the standard for wireless LED lighting control and has been embraced by the Connected Lighting Alliance. Products such as Texas Instruments’ ZigBee Light Link Development Kit are important as they enable connection, via gateways, to the Internet.

Gateway options include Digi International’s XBee range of Wi-Fi modules allowing easy connection of wireless sensor networks, such as lighting systems, to the Internet. Another is to connect via a home’s existing Internet Wi-Fi router, as NXP Semiconductors recommends, bridging ZigBee via JenNet-IP and/or IPv6. Finally, we will explore the BeagleBoard open source embedded computing platform manufactured by CircuitCo.

The Internet of Things, particularly when applied to devices like light bulbs, is a technology begging the question: but why would you want to? One response is: to collect data. How that data gets used is arguably the most critical success factor of IoT. In street lighting and smart buildings, the incorporation of sensors into intelligent luminaires, which can be achieved simply and at low cost, already allows additional data to be collected through the lighting network, transmitted, and shared centrally. There is a view that smart lighting has the potential to be a ‘Trojan horse’ for IoT, and as such, a primary growth driver. The key is the ability to incorporate an IP address into every node – i.e. the light bulb.

This vision is projected by London-based consultancy, Memoori. Its latest report, The Lighting Controls Business 2013 to 2017,¹ estimates that the global market for lighting controls will grow from $1.668 billion at a rate of 12% CAGR over the next few years. The IoT movement can only extend the opportunities, it says, and LED lighting is truly at an inflection point.

According to international technology research company, ON World,² wireless LED light bulbs will be one of the fastest growing IoT markets over the next decade. Out of all the current home automation solutions available, demand for wireless lighting controls is one of the strongest, the company reports. It forecasts that by 2020, more than 100 million wireless light bulbs and lamps with IP addresses will be installed, up from 2.4 million in 2012.

The benefits of the IoT in applications such as environmental monitoring, premises security and traffic monitoring may seem more obvious than those in home automation. Smart lighting in the home may not be the largest market, but is claimed to be the fastest growing, and an important application area. It also may become the starting point for IoT-enabled home networks, stimulating integration with other systems such as smart metering, heating systems and appliances. The adoption of industry-standard network protocols will enable home lighting networks to be easily integrated with other disparate wireless sensor networks around the home. 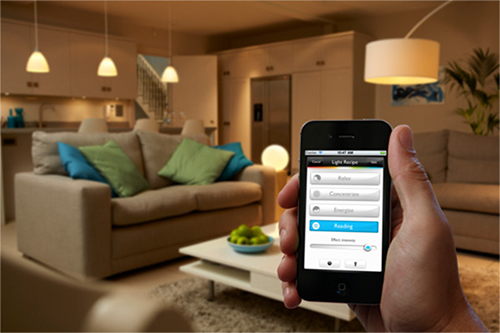 Figure 1: Philips Hue is a web-enabled LED home lighting system controllable via a smartphone or tablet. Favorite light settings can be saved. The lighting can be used as an alarm or alert. A ‘geofencing’ feature enables the lighting system to detect your approach or departure from the home.

In addition to being a carrier for other sensors, networked lighting has its own advantages. Home security is a key application and residential security equipment vendors and installers have been quick to see the benefits. Lighting can be a means of detecting or deterring intruders. Controlling lights remotely (whether from another country or another room in the house) for energy efficiency and/or comfort is another aspect. See Figure 1 above.

Another factor expected to stimulate growth in residential smart lighting networks is the formal selection recently of ZigBee Light Link by the Connected Lighting Alliance. The alliance, formed in August 2012, including GE Lighting, NXP, Osram, Philips and Toshiba, has endorsed ZigBee Light Link as the network and protocol of choice for connecting lighting products and controls in the home. ZigBee has long been considered a favorite wireless network standard for home automation applications. See the Hotenda TechZone article, “Understanding the Benefits of Using ZigBee® for Wireless Lighting Control”, for more detail. ZigBee Light Link, the latest member of the family, is designed to simplify lighting and control systems, providing a plug-and-play approach that facilitates interoperability. Products based on ZigBee Light Link are already available from companies including Philips and Osram Sylvania.

Texas Instruments has been fast to exploit the announcement, with its launch of a ZigBee Light Link Development Kit. It provides a comprehensive set of hardware and software tools to help designers add wireless functionality to LED-based lighting products. The kit includes three modular ZigBee light engines, called Zlights, based on Osram Opto Semiconductors’ Oslon LEDs and incorporating TI’s CC2530 microcontroller. A remote control unit is provided, based on the CC2531. See Figure 2 below. TI’s ZigBee-compatible Z-Stack software implements both the network layer for communications and the application layer. A reference design for a color LED lamp, “CC2531 Zlight2 Reference Design”, is available on TI’s website. 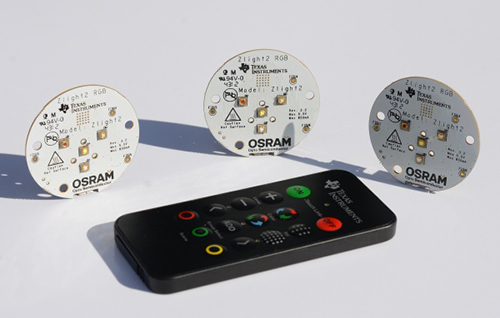 Figure 2: The Texas Instruments ZigBee Light Link Development Kit can help lighting designers connect their wireless-enabled LED lamps or luminaires to the IoT and ensure they interoperate seamlessly with other ZigBee products.

The network can be connected, via a PC or tablet to the Internet through a gateway that uses a standard home router, or through an existing ZigBee Home Automation network connected via a Wi-Fi-to-ZigBee bridge. Such gateways and bridges are becoming more readily available, with a number of options emerging from a range of companies.

Gateway to the cloud

Specifically, the kit can be configured to sense light, switching on and off additional LEDs. The web application code is open source, freely available for download and use as a learning tool. The company features a number of application examples on its website. Two are of particular interest: setting up the XBee Internet Gateway and Device cloud to control a lamp over the Internet; and a more generic application, Setting up the XBee Internet Gateway.

Based on the increasingly popular 6LoWPAN (IPv6) standard, NXP Semiconductor has recently demonstrated ZigBee-networked LED lamps controlled via PCs or mobile devices via a Wi-Fi bridge to the Internet. NXP has developed a gateway that plugs into a standard Wi-Fi router, which is built on NXP’s JN5161 microcontroller and supports ZigBee Light Link and ZigBee Home Automation, as well as its own JenNet IP protocol and interestingly, NFC.

A JN516x evaluation kit is available, specifically designed for ZigBee and JenNet-IP remote control applications. It includes a series of wireless carrier boards, three plug-in lighting expansion boards, USB dongles, a remote control unit, custom Cisco router, and comes complete with software ready for system development. The platform supports all sensors, displays, LEDs and switches, and is supplied with a Smart Lighting demonstration package. The router is said to make it easy to develop wireless sensor-equipped objects as part of the IoT.

Finally, it is worth mentioning the growing popularity of open source products. A number of companies in the home automation market are using the BeagleBoard platform, which uses a flexible Linux kernel, and supports cloud computing. Initially exploited by developers for gadgets, including toys, robots and home automation devices, (indeed, BeagleBoard’s remit is ‘fun, education and profit’) the platforms are now expanding their application potential into more serious realms. Founded by Texas Instruments employees and with support from TI, CircuitCo and Hotenda, the BeagleBoard.org Foundation is an enthusiastically run, non-profit organization developing powerful, open source, embedded devices.

A number of boards are available including the original USB-powered BeagleBoard fanless, single-board computer, the higher performance BeagleBoard XM, and the BeagleBone low-cost interface/expansion board.

Connecting the household light bulb to the Internet may at first glance seem pointless. However, the low cost and simplicity of setting up an intelligent solid-state lighting system as a wireless sensor network may be the catalyst for a host of home automation IoT applications. Emerging industry standards, such as ZigBee Light Link, and the availability of compatible Internet gateway options, can only help to drive what promises to be a fast-growing market.