Getting the best performance from an LED requires the right driver. Linear regulators present a simple and economical solution for low-power LEDs.

Getting the best performance from an LED requires the right driver. Linear regulators present a simple and economical solution for low-power LEDs. However, they dissipate a large percentage of the system power as heat, making them a poor choice for high-power LEDs. Switching regulators provide a more efficient solution. Step down (buck) switching regulators are a good place to start, but only when the LED drive voltage is lower than that of the source. When LEDs require either a higher or a varying voltage, step up (boost) or buck-boost switching regulators offer better options.

LEDs can be linked together in series or in parallel, but neither configuration is always better. The best choice varies from case to case, depending on the parameters of the devices and the needs of the application. When wired in series, LEDs in a string continue to operate even if one or more fail by short circuiting. The series configuration also provides current matching, which ensures consistent output. On the downside, series connections require higher voltages, which limit driver options and increases regulatory requirements. Also if an LED fails open, the entire string goes dark.

The alternative, parallel configuration operates with lower voltages. However, it does not provide current matching, which is important to consider, given the random device-to-device variation among LEDs that can cause inconsistent light output between LEDs.

When it comes to high-power LEDs, switching regulators provide a good constant-current solution. The simplest model of a switching regulator consists of an inductor, a diode, a transistor, and a capacitor. The transistor, typically a MOSFET, switches the device on and off at very high frequencies. Essentially, the design leverages adjustments in switching speed to present a somewhat constant output voltage or output current. Unfortunately, the repeated switching imposes a sawtooth ripple on the output. To smooth out the effect, most designs include an LC (or band-pass) filter that transmits only current with a frequency in a predefined range. The inductor resists changes to current and the capacitor stabilizes voltage. Even so, a low-amplitude ripple always remains.

In the case of a boost regulator, the inductor accumulates energy stored in a magnetic field while the switch is on, then releases it when the switch is off, effectively boosting the voltage/current. Boost regulators are designed for applications in which the LEDs require a higher voltage than the source can provide. The devices operate at higher efficiencies than linear regulators, but introduce greater complexity and cost than buck regulators. Boost regulators must be designed with care: If the output voltage (VO) drops below the input voltage (VIN), in the case of a short, for example, the output current will increase uncontrollably.

In a typical boost regulator, the user has to supply the inductor, as well as input and output capacitors. When choosing an inductor, ensure that it is capable of handling peak current. Underrating the inductor will lead to core saturation, increasing ripple current and heat buildup - all of which reduce efficiency.

When all channels switch on simultaneously in a multichannel driver, they produce a load transient that can generate electromagnetic interference (EMI), as well as audible noise. This can be a problem in display lighting applications. Phase shifted drivers address this problem by introducing a delay in the switching time for each channel to minimize the effects of load transients (Figure 1). Intersil's ISL97676IRZ six-channel boost converter combines phase-shifted capabilities with pulse width modulation (PWM) dimming functionality. Designed for backlighting applications, the chip can supply up to 30 mA of current per channel with current matching of ±1.5 percent.

In some cases, neither a buck nor a boost switching regulator will ideally address the application. A buck-boost regulator provides a solution. Perhaps the simplest implementation of a buck-boost regulator is a cascaded buck regulator followed by a boost regulator, or vice versa. The tradeoff for the combined buck-boost capability is greater size and complexity, coupled with reduced efficiency, compared to either buck or boost converters separately.

A flyback buck-boost converter uses a transformer to isolate the input voltage from the output voltage. Current is switched in the primary winding of the transformer to magnetically transfer energy to the secondary winding and into the load. Although it supplies galvanic isolation, the protection comes at the price of added cost and size. 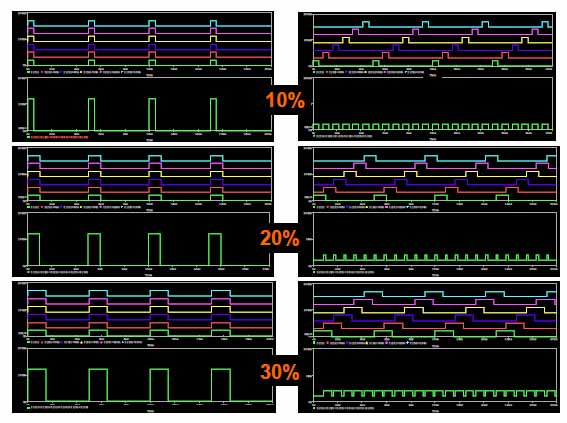 
A switched capacitor converter – or charge pump – stores energy in the electric field in a capacitor rather than in the magnetic field in an inductor. Like a buck-boost switching regulator, the device switches modes as required. The SP7686 from Exar provides up to 500 mA of drive current for high-brightness LED applications. With switching frequencies of 2.4 MHz, it boasts efficiencies as high as 94 percent. 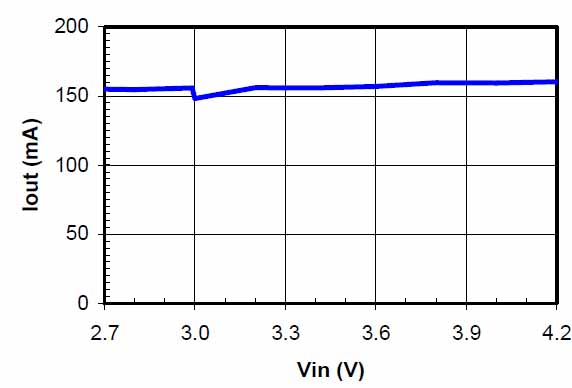 
Often the simplest solution is generally the best. Unfortunately, applications don't always cooperate. For applications like portable-device backlighting or LED lighting that either dims or switches off part of the array, the range of boost and buck-boost drivers provide the ideal solution.