When manufacturing costs are added are added, the 16 GB version of the phone costs $196. 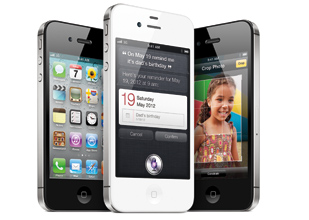 Apple’s new iPhone 4S model with 16 gigabytes (GB) of NAND flash memory has a bill of materials (BOM) totaling $188, while the 64 GB model carries a BOM of $245, according to researcher IHS.

The cost assessment is for hardware and does not include other expenses such as software, licensing, royalties, or other expenditures.

The iPhone 4S has many of the design features as the iPhone 4, but there have been some design and component changes to the new version, said Andrew Rassweiler, senior director, teardown services for IHS.

He noted that an important change is a custom part from Avago that helps give the iPhone 4S its unique capability to be used in multiple wireless systems globally. The 4S also uses a Hynix NAND flash memory. Other iPhone versions use NAND flash from Samsung Electronics Co. Ltd. or Toshiba Corp.

The critical component enabling the worldwide capability of the iPhone 4S is the ACPM-7181 converged power amplifier module (PAM) from the previously unheralded supplier Avago. The PAM device amplifies a radio signal prior to transmission.

Avago’s module is unique because of its capability to support both 2G and 3G cellular technologies across multiple bands, reducing the number of components and PC board footprint required. While Avago is by no means the only company supplying these types of devices, it is the first to be implemented by Apple.

He added that the “special converged approach” gives Apple a real technology lead over most other manufacturers.

Another key chip enabling the global wireless capability of the iPhone 4S is the MDM6610 baseband processor from Qualcomm Inc.

The chip had been in the CDMA version of the iPhone 4, but Intel’s (formerly Infineon Technologies AG) PMB9801 was used in the HSPA model. In the iPhone 4S, Qualcomm’s chip is the only baseband processor used.

The wireless section of the device has a BOM of $23.54, while the display costs $23, according to the IHS assessment. The cost of NAND flash is the device totals $19.20, while mechanical and electromechanical parts total $33.00. The camera in the phone costs $17.60, IHS reported.