Board Book-to-Bill Ratio Stays Flat at 0.96

Shipments of rigid and flexible shipments increased 13.3% in December.

The book-to-bill ratio for printed circuit boards in December 2010 was 0.96, the same as November 2010, according to the Association of Connecting Electronics Industries (IPC). That means for every $100 worth of boards manufacturers shipped, they received $96 in new orders. 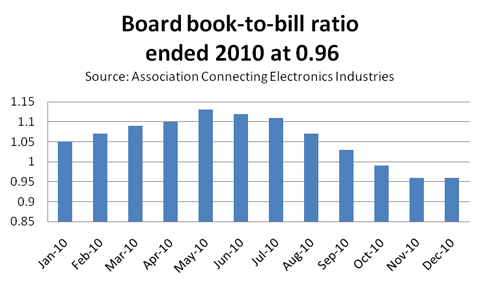 "The industry ended the year with sales up 17.7 percent over 2009," according to McGuirk.