Sheer numbers reveal an exploding market for thin-film transistor liquid-crystal displays (TFT-LCDs) geared toward the automotive industry. According to the NPD DisplaySearch 2012 Automotive Displays Report, shipments for these devices jumped 16% to 49 million in 2012. And there’s no slowdown in sight—projections show an increase to 70 million by 2016 (Fig. 1). Commuters spend up to three hours in their cars every day, thus fostering the seemingly insatiable desire for these displays found in systems ranging from navigation to rear-seat DVD players. 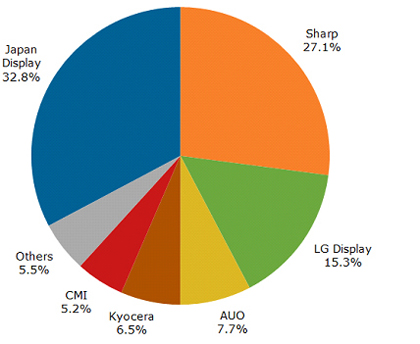 Greater production of hybrid and electric vehicles has propelled the surge in automotive displays. Another major factor is demand for replacements of older single-function displays, which use passive-matrix LCDs. 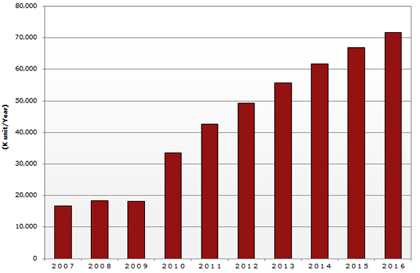 The United States and Europe have made headway in TFT-LCD panel production for mid-grade and small-size vehicles. Demand from set makers in these regions was driven by cluster component makers, including Continental AG, BP/Bosch, Ford and Johnson Controls.

“Interestingly, we’ve noticed that automotive-display demand in Japan favors car-navigation systems, while demand for TFT-LCD panels for automobiles in the United States and Europe favors in-console displays,” says Hayase. “Regardless of the type of automotive display technology, we are seeing trends toward more cars incorporating this technology, so we anticipate continued growth in this segment.”