A “small storm” is brewing among U.S. manufacturers that are slowing reeling in jobs that were offshored to foreign countries over the last 10 years. 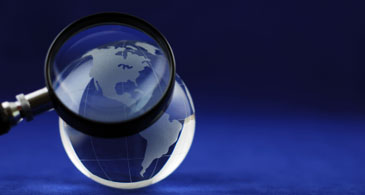 As founder of the national Reshoring Initiative, Harry Moser is enthused that 50,000 manufacturing jobs had returned to the United States from overseas as of November 2012 (the group is in the midst of updating that number). Moser is also painfully aware that a lot more manufacturing jobs will have to come back to U.S. soil in order for reshoring to have a significant impact on American employment.

“Several hundred OEMs have already reported to have reshored jobs,” says Moser, who retired from his leadership position at an Illinois machine tool producer in 2010. “I’m sure there are many more that don’t report their [activities].”

When General Electric reshored its water heater production, and then outsourced the production of castings and motors to U.S. firms, for example, the latter’s reshoring activities would largely remain under the radar.

Moser credits an 18% annual increase (expressed in U.S. dollars) in Chinese factory worker wages as a primary catalyst for the reshoring movement. Other developed countries are following suit with their own wage increases, according to Moser, while also reducing their workweeks and applying minimum wage restrictions. Reduced incidences of child labor is a positive result of these shifts, says Moser, who adds that, “as the Chinese have become less competitive, they’ve been able to set a better standard for themselves.” 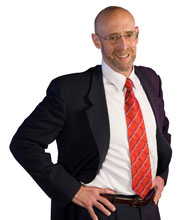 “There are currently three million jobs that will come back if Chinese wages continue to go up and if we can halt currency manipulation and learn how to use automation and operate in a leaner manner,” says Harry Moser of Reshoring Initiative. Also driving the reshoring movement are the transportation, freight, fuel, and logistics costs of doing business across thousands of miles. Combine the higher labor costs with these logistics expenses, says Moser, and the end result is a skyrocketing total supply chain cost that becomes difficult to ignore. Add in the intellectual property risks (namely due to China’s and other countries’ undeveloped restrictions around this issue) and the growing demand for “Made in the USA” products, and the reshoring movement becomes that much more attractive for American manufacturers.

The movement is underway

Michael Dolega, an economist with TD Economics in Toronto, says the opening of a Build Your Dreams electric car and bus manufacturing plant in Lancaster, Calif.; NCR’s new ATM manufacturing facility in Columbus, Ga.; and that Google’s first self-built consumer hardware, the Nexus Q media streamer, is being made in San Jose, Calif., are signs that the reshoring movement is underway. He adds that some of the positive momentum can be attributed to the lack of offshoring versus the actual reshoring of manufacturing jobs and/or activities.

“It is one thing for a company to come back and it’s another for a firm to stop contracting out product manufacturing [overseas],” says Dolega, author of the October 2012 report, Offshoring, Onshoring, and the Rebirth of American Manufacturing. “As of yet, I don’t think we can attribute a manufacturing renaissance to the reshoring trend.”

In other words, says Dolega, select industries are producing more domestically because they are outsourcing less. So far, he says much of the proof is anecdotal, although “there is quite a bit of upside potential” given the changes in the global economic environment. As Moser pointed out, for example, unit labor cost differentials have narrowed when it comes to producing in Asia versus the United States. With the exception of the labor-intensive textile industry, which relies on very little automation, nearly all American manufacturing industries are viable reshoring candidates at this point.

So just how many of the 6 million jobs the United States has outsourced since 2000 will return to domestic soil over the next few years? Dolega says more are on the way, although he points out that the companies that are pulling activities in closer to the vest “look” much different than they did in the early-2000s. Most have learned to work much leaner, for example, and rely on advanced technologies that help them operate without as many human hands on deck. Those factors could affect the total number of jobs that eventually find their way back to American shores.

Moser is optimistic about the future of reshoring and says that any manufacturer that uses total cost as a measuring stick will clearly see the benefits of bringing operations back to the United States.

“There are currently three million jobs that will come back if Chinese wages continue to go up and if we can halt currency manipulation and learn how to use automation and operate in a leaner manner,” Moser predicts, acknowledging that reshoring won’t happen overnight. “If those and a few other things fall into place, we’ll see it happen over the next 10-20 years.”