Until now, the only way aspiring astronauts could satisfy the dream of getting their hands on the controls of a spacecraft would be to spend years trying to qualify for NASA's Astronaut Corps.


Until now, the only way aspiring astronauts could satisfy the dream of getting their hands on the controls of a spacecraft would be to spend years trying to qualify for NASA’s Astronaut Corps or find a spare $10 million to buy passage to the Space Station on a Russian Soyuz vehicle. However, that has changed now that Joel Spark and his partners at NanoSatisfi LLC are offering “stick time” on their DIY micro-satellite for as low as $150. Dubbed ArduSat (Figure 1) for the Arduino open-source hardware/software platform that will control up to nine miniaturized science packages, the 6-inch “CubeSat” is the offspring of the open-source hardware culture that brought 3-D printing to the masses and the crowd-sourcing movement that is upending traditional business models here on Earth. 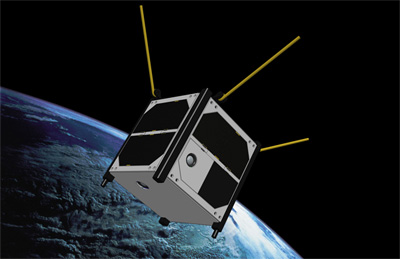 Figure 1: By combining an off-the-shelf CubeSat spacecraft bus with an Arduino-powered scientific payload, the crowd-funded ArduSat microsatellite is using open-source technology to radically change the economics of space exploration. (Courtesy of NanoSatisfi LLC).

Anatomy of a CubeSat

Most of ArduSat’s structure and electronics (Figure 2) are assembled from commercial vendors, including GOMspace1, a Danish electronic and software engineering company which focuses on developing cost-effective and reliable solutions for small satellite systems. The satellite is actually controlled by GOMspace’s NanoMind 712c computer board that is based on a space-hardened ARM7 microcontroller. Equipped with 2 MB RAM, 4 MB of Code storage, 4 MB data flash memories, CAN and I²C interfaces, the controller board runs a hi-rel RTOS that includes the hardware drivers required to support a complete attitude determination and control system. Attitude control is accomplished using magneto torque coils embedded in the solar panels that push against the Earth’s magnetic field. Attitude is determined by a pair of compact gyro packages (one located in the solar panels and one in the spacecraft’s main body) and a magnetic sensor embedded in the main computer board. The system’s pointing accuracy is currently 5 degrees, with options for finer control under consideration.

Figure 2: The ArduSat is built mostly from commercial components designed to comply with the CubeSat open Microsatellite standard. (Courtesy of NanoSatisfi LLC)

The satellite’s power comes from fixed-body solar panels that cover all of the CubeSat’s2 (Figure 3) six exterior surfaces, except for the one where the camera and other outward-facing sensors are mounted. The solar panels feed the electronic power system (EPS) which contains a trio of latchup-protected 3.3 V and 5.0 V supplies, wired in parallel for redundancy, and a 2600 mAh battery to run ArduSat during the short eclipse periods it will experience during its 90-minute orbits. Another off-the-shelf board will support the satellite’s command and telemetry link using a 435 MHz half-duplex UHF transceiver. 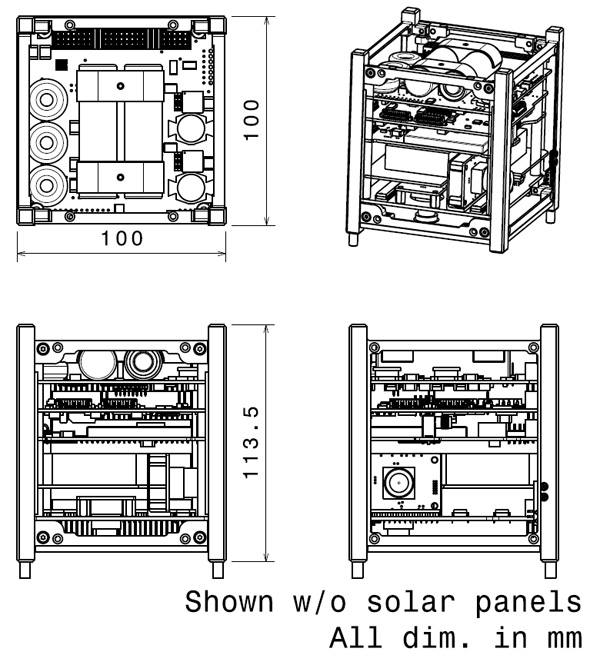 Figure 3: Initially developed in 1999, the CubeSat standard makes it possible to design and produce a workable satellite at low cost. Its standardized mechanical characteristics greatly simplify the launcher-payload interface, greatly reducing both the risk involved and the labor required to mate a piggyback satellite with its launcher. (Courtesy of NanoSatisfi LLC)

The NanoSatisfi team is in the process of developing its own science subsystem, which will use nine custom-built Arduino Nano computer boards – one to control each of the eight experiments aboard the satellite and a ninth to serve as a watchdog and master controller. The master AVR processor is also responsible for issuing a “heartbeat” signal at regular intervals which is monitored by the hardened ARM processor in the main control system. All nine Arduino Nano boards will closely resemble their terrestrial counterparts, including an off-the-shelf Atmel ATmega 168 microcontroller, but the printed circuit boards will contain embedded thermal paths that will act as a heatsink for the processor, built from space-rated material that reduces outgassing problems that can occur in a hard vacuum.

While the non-hardened microcontrollers would eventually succumb to radiation exposure, it will not happen during operational lifetime afforded by its current launch plan. As part of the baseline mission, NanoSatisfi has arranged for ArduSat to be carried to the International Space Station aboard a Soviet Progress cargo vehicle and “launched” out of the airlock in the Station’s Kibo observation module. From that altitude, it will fly free for 4-6 months before it makes a blazing return to Earth. Should the team secure a ride for the tiny spacecraft aboard a SpaceX, Antares, or other private launch vehicle to a higher orbit (discussions are underway), it’s estimated that the computers will be able to operate for 8-12 months before radiation damage becomes a factor.

The ArduSat project is a pilot effort to prove the feasibility of low-cost satellites that could be cooperatively purchased, launched and operated by small non-governmental groups, or time-shared so that anyone with a few dollars and a bunch of imagination could design experiments and upload the code to run them.

At the time of this writing, the project has exceeded, by a factor of three, its initial funding goal of $35,000 needed to build, test, and launch the tiny vehicle. Launch of ArduSat is anticipated for some time in 2013.

Anyone who’s bought a piece of the action through the Kickstarter crowd-funding web site will be able to remotely access parts of the satellite’s Arduino-controlled science payload. Granted, you won’t get to directly experience the thrill of zero-G, but, for less than the price of renting a an hour in a twin-engine aircraft, you’ll get to design and run your own space-based applications, games and experiments, and steer the 6-inch spacecraft as you snap pictures from its onboard cameras.