Microcontrollers are, by their nature, general-purpose devices, able to address a wide range of control tasks. Their evolution has tracked the demand for highly capable, low cost but powerful devices and as such they now enable a wide range of end products. Predominantly, their balance of flexibility, cost and performance is chosen for a relatively specific range of applications, allowing manufacturers to provide optimal solutions across a portfolio of variants. Freescale, for example, offers an excess of 900 different ARM-based MCUs, a figure likely to increase further with the introduction of the ARM Cortex-M7 core.

While each range in a family is normally optimized, there is often crossover in terms of the applications they address, allowing the end customer to choose the device that best suits their particular requirements. However, sometimes the application has such specific requirements that device manufacturers are willing and able to develop devices that feature peripherals dedicated to that application. While not general-purpose, strictly speaking, they are often based on standard MCU cores and peripherals, which makes them suitable for a particular application while retaining a level of flexibility.

Advances and maturity in process nodes means it’s increasingly viable to integrate optimized functionality alongside general-purpose peripherals, particularly when targeting high volume applications. One example is audio; a feature that is increasingly common in many devices. To address this market, Nuvoton Technology Corporation developed the ISD9160, a single-chip solution for audio record and playback. 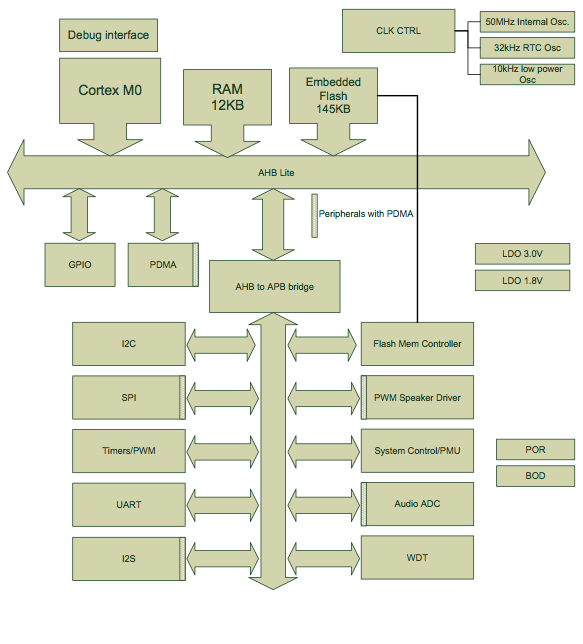 Based on the ARM Cortex-M0 core, it features fairly standard peripherals such as Flash and SRAM, timers (including watchdog and real-time clock) and a variety of serial interfaces (UART, I2S, I2C, SPI/SSP), along with PWM modulators, an analog comparator and GPIO (Figure 1). However, what really sets it apart is the addition of a differential Class-D amplifier able to deliver 1 W of power to an 8 Ω speaker, and an AFE formed by a Sigma-Delta ADC and Programmable Gain Amplifier enabling direct connection to a microphone. Figure 2 shows how it might be configured in a typical application.

The ADC can run at sampling rates up to 6.144 MHz, which in conjunction with a configurable decimation filter, allows oversampling that supports audio sampling rates from 8 kHz to 48 kHz. The result is passed to a FIFO, which stores the eight most recent samples. A 16-sample FIFO provides the input to the Class-D power amplifier, which drives two differential pins, operating from a dedicated supply. 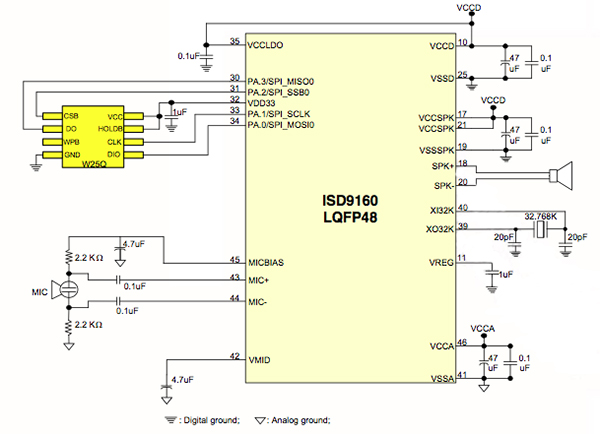 Figure 2: The dedicated and optimized peripherals of the ISD9160 minimize the need for external components.

The device also features a microphone bias generator to improve recording quality, able to supply up to 1 mA with a -60 dB power supply rejection; typically a microphone will require between 0.1 mA and 0.5 mA bias current, so external resistors may be necessary. The ADC works with the PGA in the input signal path and the ISD9160’s analog multiplexer.

Invariably, an MCU is only partly defined by its hardware features; software plays an ever more important role in all end-applications. MCU manufacturers now provide extensive support for software development in the form of libraries and reference designs, as well as entire communication stacks. For applications that require specialized algorithms, software support may be more difficult to provide directly, relying instead on an ecosystem of service providers. However, there is an alternative approach. 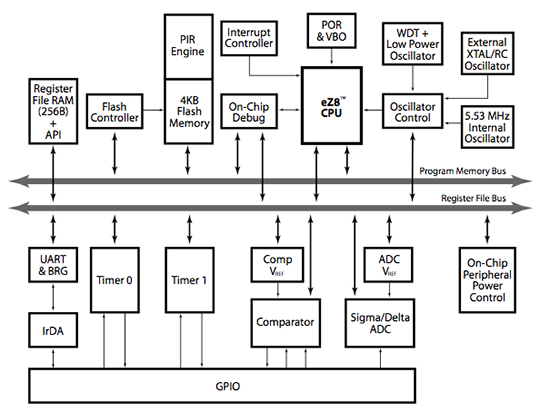 Figure 3: Based on its own eZ8 CPU, the ZMOTION family from Zilog offers an optimized PIR platform.

Embedding application-specific algorithms directly in a device is not common, but it does provide developers with an optimized solution ‘out of the box’, and it is this approach that Zilog has taken with its ZMOTION Detection and Control Family, which includes the Z8FS04. Based on the Z8 Encore XP family, it integrates an eZ8 core along with a Sigma-Delta ADC (Figure 3), which is complemented with a passive infrared (PIR) engine in the form of firmware resident in the on-chip Flash memory. The engine occupies 4 kbyte of the 8 kbyte memory (Figure 4) and is accessed through an API, but runs autonomously in the background during normal operation. 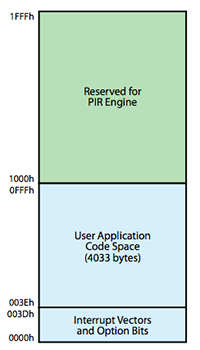 The output of the PIR sensor connects directly to the ADC through a dedicated input, with no additional circuitry required (unless specified by the PIR manufacturer), and the device is able to accommodate two sensors. The motion detection algorithm requires uninterrupted access to the ADC, but can be halted manually if the application code needs to use the ADC; control of the PIR engine is managed through the API and a dedicated register. Zilog also makes the device available as a bundle, packaged with an assortment of lenses and PIR sensors.

Energy is an application area that is expanding rapidly, to include not only smart metering but also the measurement and control of energy-using devices. Almost anything that is plugged in can benefit from energy management techniques that minimize consumption when not in use, or provide a clear indication of the amount of energy it is using when in use.

Legislation is driving this, but a general acceptance that we should all be more aware of our own personally attributed energy consumption means it will be a common feature in all kinds of devices. The Internet of Things will rely heavily on this kind of data, which will extend control of devices to beyond our immediate surrounding; the ability to control lighting, heating or any other energy-using device remotely promises a new era of energy control.

To support such applications, Active-Semi has developed a portfolio of Power Application Controller (PAC) products, such as the PAC5210; devices targeting next-generation smart energy appliances, devices and equipment. 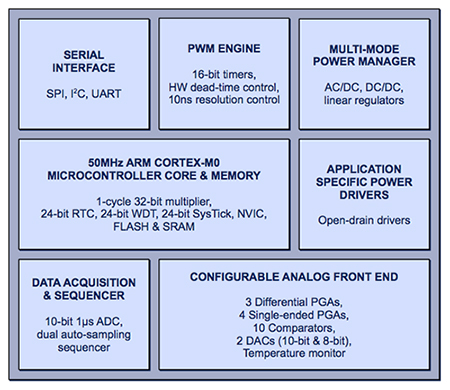 Figure 5: Targeting Smart Energy applications, the PAC from Active-Semi is based on the industry-standard ARM Cortex-M0 core.

The PAC5210 is an ARM Cortex-M0-based MCU that integrates a number of application-specific features, as shown in Figure 5. This includes the Multi-Mode Power Manager (MMPM) and the Application Specific Power Drivers (ASPD), along with a configurable AFE, PWM engine and the ‘usual’ serial interfaces. The MMPM comprises a multi-mode switching supply capable of operating in buck, flyback or boost mode and up to four linear regulated voltages. The ASPD is a general-purpose open drain driver, while the configurable AFE includes differential and single-ended programmable gain amplifiers, making it applicable to a number of emerging applications in the smart energy sphere. 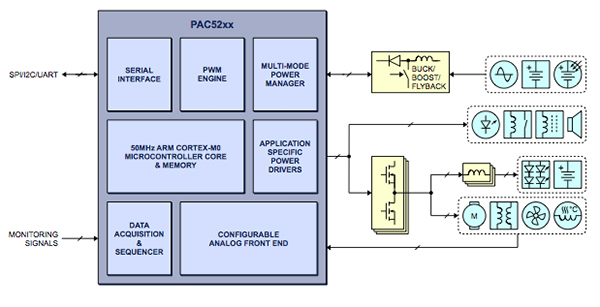 Figure 6: Flexible and versatile, the PAC5210 integrates a range of power control features.

The availability of general-purpose MCUs enables a wide range of end-applications, but despite their flexibility there still exists a staggering variety from a number of manufacturers. It may seem counterintuitive to limit that flexibility by integrating application-specific features, but in many cases it can prove extremely beneficial.

For a number of application areas, the availability of an optimized solution, such as those covered here, can provide OEMs with a valuable platform on which to add their own differentiating features; after all, nobody wants to reinvent the wheel.

Application-specific MCUs are, in essence, a natural progression from the omnipresent reference design, as they allow developers to get to market faster with a solution that is built on proven technology. The increased availability of such devices is likely to enable emerging applications and provide greater choice for the end user.