Anti-islanding protection is essential to ensure that grid-tied energy harvesting systems cut their connection to the grid when the grid itself loses power.

Anti-islanding protection is essential to ensure that grid-tied energy harvesting systems cut their connection to the grid when the grid itself loses power. Yet, the identification of power loss in the grid can be challenging, requiring an approach able to find the right balance between sensitivity to normal fluctuations in the grid and responsiveness to grid power failure. Engineers building grid-tied inverters can implement reliable anti-islanding protection by taking advantage of a combination of key design methods and available components from manufacturers including Analog Devices, Freescale Semiconductor, Microchip Technology, ON Semiconductor, TE Connectivity, and Texas Instruments, among others.

Small-scale energy harvesting can supply substantial levels of power—enough to satisfy an individual building’s needs and still feed excess power back to the grid for credit. With this type of distributed generation of power, however, loss of power in the grid can create a hazardous situation when a solar array or wind turbine, for example, continues to supply power. In this situation, the energy-harvesting system becomes an island of power feeding into the unpowered grid. Anti-islanding protection provides mechanisms designed to prevent occurrence of these power islands by breaking the connection between the energy harvesting system and the grid when the grid goes dark.

Anti-islanding protection is so important that specific capabilities and specifications for anti-islanding are required in the U.S. and other countries with a developed power grid system. Not only does islanding place utility repair crews at risk, active islands can complicate the process of restoring grid power.

Determining when the grid has lost power can be a significant challenge in many circumstances. On casual inspection of a typical grid-tied energy harvesting system, the loss of power from the grid would seem to be quickly evident (Figure 1). In some cases, however, the local load can present characteristics that result in only very small changes in active and reactive power when the grid loses power. As a result, an inverter would not be able to detect the difference and so would continue supplying power to the unpowered grid, resulting in an islanding condition. On the other hand, an inverter that repeatedly disconnected itself when the grid continued to provide power would reduce its amount of returned power—and reduce opportunities for revenue for its owners. 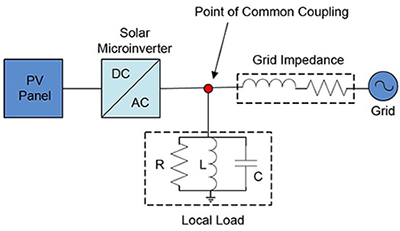 Figure 1: If grid power fails, the local load could mask any change in active or reactive power detected by a microinverter, causing islanding, or the continued flow of power into the grid from an energy harvesting source. (Courtesy of Microchip Technology)

The set of conditions under which an inverter cannot detect loss of power in the grid is called a non-detection zone (NDZ). The goal of effective anti-islanding methods is to reduce or ideally eliminate NDZs, using some form of feedback from the grid. Conventional approaches for reducing NDZ typically rely on so-called passive methods, where the inverter measures grid voltage or frequency. When the measured characteristic falls below threshold values, the inverter determines that an islanding condition exists and either shuts itself down entirely or disconnects from the grid while continuing to power the local load.

The most common passive anti-islanding methods take advantage of a key mechanism in inverters. In a typical inverter design, a digital power controller manages the output voltage, often using a pulse-width modulator (PWM) to produce the required AC waveform (Figure 2). By monitoring the grid-voltage waveform and measuring its zero-crossing point, the inverter can initiate the onset of the PWM-output cycle to produce an AC waveform that remains synchronized with the grid. 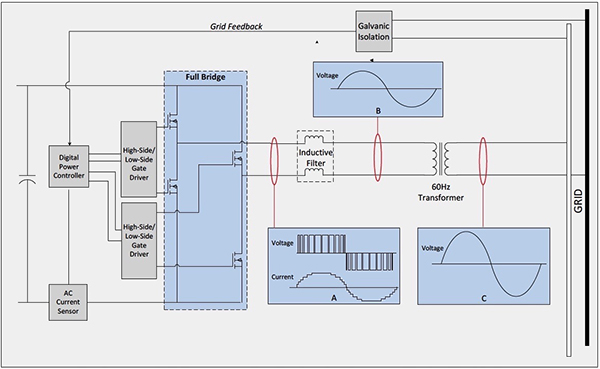 Figure 2: Anti-islanding methods focus on analyzing grid feedback within the context of AC-waveform generation and synchronization with the grid. (Courtesy of Silicon Laboratories)

To ensure synchronization, designers can combine a zero-crossing detector with a phase-lock loop (PLL)-based controller to produce an AC-output waveform that remains in phase with the grid waveform (Figure 3). Here, the waveform controller produces a grid-synchronized waveform, using the PLL to ensure a tight match between the output sine wave and the zero crossing point of the grid waveform.

Figure 3: Passive anti-islanding detection can use grid-frequency monitoring performed by a PLL-based controller implemented in hardware or in software as shown in this example. (Courtesy of Texas Instruments)

Figure 4: A simple zero-crossing detector requires only an op amp, transistor, and a few passive components to provide a zero-crossing detection signal to directly control logic or to drive the GPIO pin of an MCU that executes control routines. (Courtesy of Microchip Technology)

By looking for deviations in zero-crossing, frequency, or voltage of the grid waveform, an anti-islanding inverter can detect loss of power in the grid and disconnect itself from the grid when islanding occurs. In such a case, the relay needs to be opened quickly when islanding is detected (or when the inverter otherwise enters a fault condition).

International standards specify that the relay circuit that breaks the connection with the grid must have a contact gap at least 1.5 mm at each pole, requiring use of a device such as the TE Connectivity PCFN solar relay, which offers a contact gap greater than 1.8 mm. In a typical anti-islanding inverter design, an MCU generates the relay enable/disable signal, which is in turn buffered by a relay driver (Figure 5). 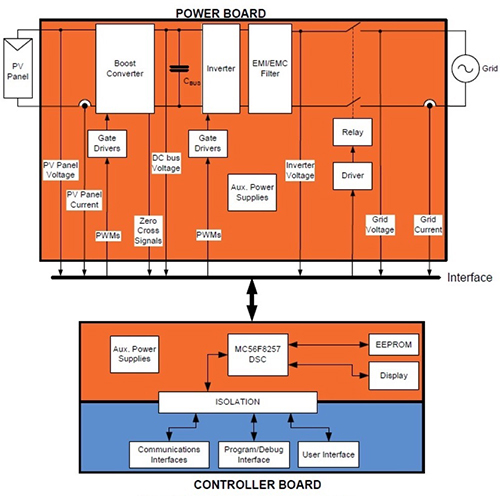 Figure 5: In inverter designs, advanced processors such as the Freescale MC56F8257 allow implementation of sophisticated software-based anti-islanding schemes and direct control of the critical relay needed to break the connection to the grid when islanding is detected. (Courtesy of Freescale Semiconductor) 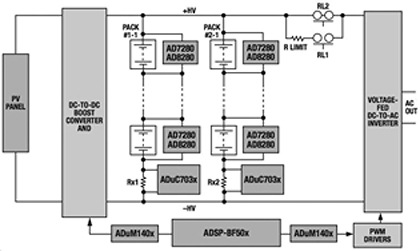 Figure 6: In more complex energy harvesting systems with strings of Li-ion cells for backup power, a DSP such as the Analog Devices ADSP-BF50 can manage energy-harvesting and battery management while executing anti-islanding mechanisms. (Courtesy of Analog Devices)

The use of MCUs and DSPs is essential for implementing active anti-islanding methods. While passive methods simply monitor grid voltage and frequency, active methods inject small disturbances into the grid to determine if the grid is still connected and providing stable power. For example, the Sandia Frequency Shift method purposely introduces a small deviation in the phase angle in an output waveform and looks for any change in grid frequency in the next cycle. With an active, powered grid, grid frequency will be unaffected. Active methods can typically offer a much greater reduction in NDZ than possible with passive methods, but remain an active area of research in the industry.

Anti-islanding is essential for safe, reliable performance of grid-tied inverters and remains a statutory requirement in countries with advanced power grids. In many cases, however, determining when islanding occurs can be challenging, creating a hazard when a connected inverter feeds into an unpowered grid or resulting in loss of revenue when an inverter unnecessarily disconnects from an active grid. For engineers, implementing anti-islanding schemes can build on common methods used for grid synchronization and take advantage of powerful software-based methods using available MCUs and DSPs.