Review of antenna types including wire, whip, and PC board and the key atrributes and considerations for choosing an antenna for IoT or mobile applications.

The antenna (known as the “aerial” in some countries) is the first component in the receiver RF-signal chain and the last one in the transmitter chain. Although it is conceptually a simple energy transducer between the voltage/current in the circuit and corresponding electromagnetic (EM) fields radiating into or from space, there are many implementation issues associated with this basic passive component.

Basic antenna theory is covered in many books, articles, and websites (three application notes from Linx Technologies are particularly useful 1, 2, 3). Today’s antenna users and designers also use powerful and fairly accurate software tools which model the antenna and associated EM field. These allow detailed simulation of the antenna’s “free field” characteristics as well as its performance in the final product and installation, as antennas inherently interact with their immediate surroundings. These tools are especially critical for PC-board designs, where the antenna and the rest of the circuitry are in close proximity.

Further, the growth of small, low-power wireless devices, such as for the Internet of Things (IoT) and handheld/portable devices, has placed new performance mandates on operating frequency, bandwidth, size, physical design, and radiation pattern/directivity/gain of this "unglamorous" component. Designers can choose among many fundamental antenna types, including external longwire, short whip, PC-board fabrication, ceramic chip, and proprietary (custom-designed) styles. The whip, PC-board, and ceramic-chip antennas are the most practical choices for IoT and mobile devices operating in the GHz region.

The whip antenna is an external discrete component, usually up to about 2 to 4 inches (5 to 10 cm) long at these frequencies. It offers well-defined, self-contained performance specifications which are largely independent of the transmitter/receiver itself. The whip can be attached directly to the PC board via a board-mounted connector, or located nearby and connected via a coax cable. While both the coax cable and PC-board connector add cost in addition to the antenna itself, this arrangement allows flexibility in PC-board design as well as end-product packaging and installation.

The PC-board antenna is fabricated as a precisely dimensioned and etched area of the printed-circuit board, and usually requires between one- and ten-square centimeters of the board real estate. It has no impact on bill of materials (BOM) cost other than the cost of the additional substrate (board) footprint, and so appears very attractive from a cost perspective. Free reference designs are available from vendors and various websites (with new designs being developed frequently) and there are hundreds of such antenna layouts readily available for many needs: for single or multiband and with tailored bandpass or notch characteristics to accommodate unique demands; this implementation can easily be customized to meet unusual conditions or impedance-matching requirements.

Despite these apparent virtues, the PC-board antenna is not the easiest or best choice in many cases. The extra space they require may be unavailable or excessive within the overall product package. Their performance is very sensitive to the overall board layout and nearby components, so any change to the design of the antenna or modification to the board layout (or even deviation from a certified reference design) will require a compete re-evaluation of antenna performance. The design may require an extra layer in the PC board, and may complicate and even constrain the physical layout of the overall board.

The chip antenna is fabricated with metallization of a ceramic substrate, similar to chip-based SAW filters, diplexers, or directional couplers. They are small (on the order of a few square mm), can be handled in production just like any other surface-mounted component, and have moderate cost. The downside is that they are only moderately efficient EM radiators compared to whips or a well-designed PC-board antenna. They also have limited bandwidth (a virtue in some cases, a liability in others) and their performance can be somewhat sensitive to nearby components and ground planes.

Also note that some designs need an impedance-matching circuit between the output PA (power amplifier) and the antenna, to maximize power transfer and minimize vertical-standing wave ratio (VSWR); this can be made of discrete components or implemented as part of the PC-board layout. Most standard antennas are designed to have 50 Ω impedance, while the PA’s output often unavoidably does not. One advantage of the PC-board antenna is that it can be designed, in principle, to have a desired non-standard impedance (even reactive, if needed) to match the source impedance, thus eliminating the need for a separate matching circuit.

Maintaining your balance, or losing it

A single-ended/balanced topology mismatch between the design’s circuitry and the antenna itself, as well as their physical interconnection cable (if any), may require a balun component to bridge the difference.

A balun – a contraction of  “balanced-unbalanced” – is a passive, two-port, transformer-like component which performs conversion between single-ended, ground-referenced signals and differential signals which do not require a ground reference (Figure 1). A balun does not have an identified “input” and “output” port, but can be used either way; in other words, the same balun component can be used for single-ended to balanced transformation as well as the reverse.

Figure 1: The balun is a bidirectional passive component which converts a single-ended, grounded signal into a balanced differential one and vice versa; it is usually implemented using an RF-capable transformer arrangement (other physical implementations are possible).

This is fortunate, since most RF paths are duplex (bidirectional) channels with a need for signals to go from antenna to front end (receive mode) and from power amplifier to antenna (transmit mode). Though they also appear to be simple components, baluns have important antenna-like parameters including frequency range, bandwidth, insertion loss, linearity, power rating, size, and cost. Note that since they are transformers, they can also provide resistive source-to-load impedance matching by selection of appropriate primary/secondary turns ratio.

Why is a balun sometimes needed with an antenna? Consider the standard whip-configuration antenna: it has a driven element and works with an underlying ground plane or its equivalent (it is an equivalent because the term “ground” in this context is a misnomer, as there is no Earth-connected ground in portable or most IoT devices, while there is a “common” connection point or plane in the circuit). In contrast, the basic half-wave dipole – the basis for many antenna designs – is a differential component.  Of course, a standard coaxial cable is a single-ended interface.

In general, differential antennas are larger than single-ended ones and require careful matching of their dimensions to meet their performance specifications. On the other hand, single-ended designs are usually less efficient. Further, RF circuits and their ICs are increasingly using balanced, differential-signal paths internally to improve performance, balance unavoidable parasitics and stray effects, and minimize the effects of noise via common-mode rejection.

A representative whip antenna is the ANT-2.4-CW-RH from Linx Technologies, available with either a standard or reverse-polarity SMA connector (the latter is needed to meet Part 15 FCC regulations for some installations). It is a 50 Ω omni-directional whip antenna with helically-wound construction for a reduced height of about one inch (2.5 cm), including the connector (Figures 2a and 2b). This antenna is designed for small, stand-alone products in a small plastic or metal enclosure; in the former case it will need a proximity ground plane to perform to specifications.

Figure 2: a) The ANT-2.4-CW-RH stub-like 2.4 GHz whip antenna from Linx Technologies uses a helical winding to reduce its physical length to about one inch, including the connector; b) the dimensional drawing of this antenna shows its compact physical package, which is also a good mechanical match for diameter of the SMA connector at the bottom.

The center frequency of this unit is 2.45 GHz, and it is recommended for use over the range of 2.39 to 2.49 GHz.  VSWR is below 2:1 (typical) over the bandwidth (Figure 3), meaning that the antenna radiates 88.9 percent of the energy sent to it, (the remainder reflects back to the source or is dissipated as heat within the antenna, and the same percentage of energy captured by the antenna is transferred to the receiver). (Note that many RF designers prefer to use antennas at frequencies where the VSWR is 3:1 or even 2:1 or less, to keep losses to an acceptable level.)

Figure 3: Over its intended frequency range, the Linx antenna maintains a VSWR below 2:1, although it can be used outside this range if the application can accept the losses associated with VSWR up to 3:1.

Chip antennas have a very different form factor, physical appearance, and size than whip types. The AH212M245001-T from Taiyo Yuden, which targets applications using Bluetooth, wireless LAN, ZigBee, and WiMax connectivity, is a tiny rectangular block just 2 × 1.25 × 0.85 mm (Figure 4). This omni-directional antenna is designed for operation from 2.4 to 2.5 GHz. It features a VSWR of 3:1 over that range, corresponding to an efficiency of about 66 percent; VSWR is under 2:1 in the narrower 260-MHz bandwidth between 2.35 GHz and 2.61 GHz (Figure 5). 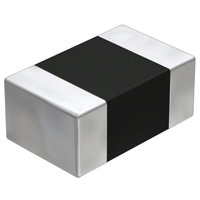 Figure 4: The AH212M245001-T chip antenna from Taiyo Yuden, also for the 2.4 GHz band, occupies just a few square millimeters and can be handled by production equipment the same way as any other SMT component on the BOM. 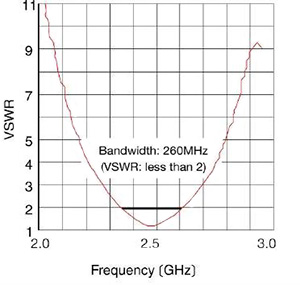 The decision on which antenna type to use in a handheld or IoT product is part of the overall system-level analysis of the design. Each choice – whip, PC board, or chip – offers trade-offs in performance, size, cost, and consistency as used. While the antenna details are often not considered until later in the design cycle, the choice of basic type has a large “ripple effect” into the design’s packaging, performance, and suitability for a given application.

The antenna is the first component in the RF-signal chain when receiving and the last one when transmitting. Although in concept it performs a “simple” energy-transducer function, in practice there are many issues associated with this basic passive component.

Antenna theory can be complicated, especially as there are many available configuration variations and conflicting marketing demands. Fortunately, today’s tools and models are powerful and accurate enough to provide detailed insight into the antenna’s performance in a specific design and operating environment.

This article has examined key attributes and considerations when choosing an antenna for IoT or mobile application, and I have included a short section on baluns, a passive component needed in some configurations between the antenna and the transmitter/receiver electronics.  Designers can choose among many antenna types, including wire, whip, PC board, ceramic, and proprietary styles. Most IoT/mobile end-products use either a chip antenna or a whip in practice due to their size, performance, and cost.

Lastly, I want to remind designers that they should work with the application engineers at the antenna vendors, as they offer practical insight on options and risks beyond the standard specifications and graphs, and also can minimize the need to repeat the experiences of other users.