The designer of portable tracking devices is trapped in a space with three types of boundaries: physics, cost, and available technology


The designer of portable tracking devices is trapped in a space with three types of boundaries: physics, cost, and available technology. All are challenging, but none are insurmountable.

Devices that you can interrogate by cellular radio to find out where the host platforms are located have been around for some time in the form of vehicle trackers and covert devices. Now consumer devices are becoming available that can be used for tracking children, workers, old people, pets, luggage, and other personal property.

Devices that you can interrogate by cellular radio to find out where the host platforms are located have been around for some time in the form of vehicle trackers and covert devices. Now consumer devices are becoming available that can be used for tracking children, workers, old people, pets, luggage, and other personal property.

The list is seemingly endless. Some trackers are equipped to provide an alert if the device is tampered with, if the host device is removed or even if it goes out of a programmed area (geo-fencing). Trackers can also be equipped with a panic or call button if the device is being worn by a lone worker. Figure 1 shows a credit card size tracking device suitable for lone worker and executive security applications. 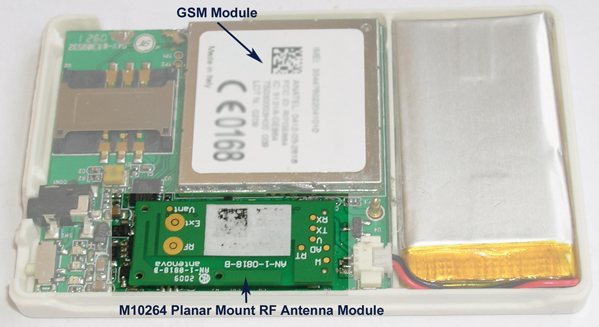 In principle, a tracker is a simple device having a GPS receiver so that it knows where it is, and a cellular radio terminal so that it can transmit this information when commanded to do so. However, in practice there are some challenging problems involved in designing the necessary radio system. In this article we look at these problems and see how they can be overcome.

Portable tracking devices come in all shapes — watches, credit card format, USB sticks, dog collars, etc., but unfortunately they mainly come in one size — small. Small form factors create problems with shrinking the GPS and cellular radio components to the limited space available, preventing them from interfering with each other and getting the antennas to transmit or receive signals efficiently.

GPS signals are circularly polarized and, in the past, ceramic patch antennas have mainly been used to receive them. Patch antennas work well in devices with a fixed horizontal orientation because they have a relatively narrow beam looking upwards at the sky. They are efficient if they are large enough and are mounted on a suitably large ground plane. However, in a mobile device such as a tracker, the orientation may vary — so patch antennas are much less suitable.

There is a need for an antenna with a more omni-directional pattern so the orientation of the tracker is less important. Unfortunately, the more omni-directional an antenna pattern is, the lower the antenna gain and, as a result, the satellite signals are received with a slightly weaker signal strength, resulting in lower location accuracy. This, however, is a necessary requirement and is somewhat compensated by the fact that the tracker can receive signals from a greater number of satellites; this in turn can help to recover the location accuracy. Antenova has been working on a number of antennas and radio antenna modules that are specially adapted for very small tracking devices and other mobile GPS units (Figure 2). 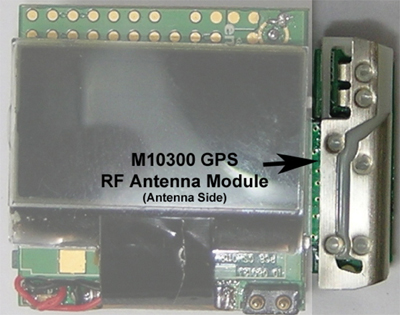 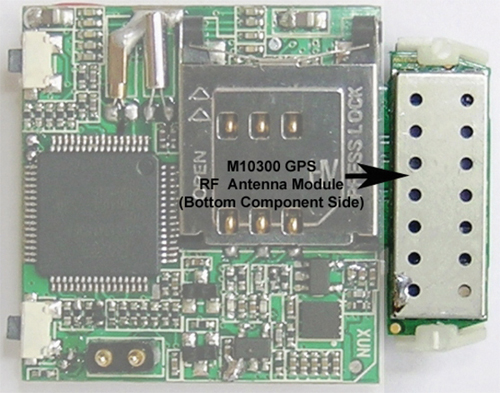 The GPS system is based on a constellation of satellites, currently numbering around 30. Each satellite transmits continuous radio signals containing navigation messages, and a GPS receiver calculates its position by careful timing of these signals. One of the most important parameters is the Carrier/Noise ratio (C/N0), which the receiver computes and reports for each satellite. The Carrier is the wanted signal from the satellite and the Noise is the unwanted background signals. Background thermal noise is always present, but there may be noise from the tracker itself and any other electrical devices that are nearby. With a good C/N0 (low noise, a good view of the sky and plenty of satellites visible) a stationary GPS tracker can locate itself with a median error of about 2.5 m. When the noise level rises this rapidly gets worse, so it is important to maximize C/N0.

Navigation systems for cars or hand-held devices used for hiking are relatively large structures and do not generally include a cellular radio. In a small tracking device the GPS receiver and the cellular radio are squeezed into a very small space giving the following problems:

The solution to these issues lies in careful system design and a good understanding of antennas. Coupling between the GSM, GPS radios, and antennas, for example, may be minimized by mounting them on opposite sides of a PCB. A blocking filter before the GPS LNA, and a second one after it, can prevent the GSM transmissions affecting the GPS system. Figure 1 shows a module on which we have identified the main GPS and GSM components. Combining the radio and antenna is particularly useful for the GPS system where the radio and antenna are roughly the same size and can be manufactured as a single radio antenna unit; optimizing the design is then a matter of good design practice and know-how. It is also important to have good measurement facilities for both passive and active testing. Testing is usually carried out in an anechoic chamber equipped to emulate the signals coming from GPS satellites and from cellular base stations.

Although the 3G network may be used for trackers, GSM is usually preferred because of its more universal coverage. The DCS and PCS bands are not usually a significant problem for the tracker designer, but the two low frequency bands at 850 and 900 MHz are a major problem. If you ask the question: “can an antenna be made indefinitely smaller?” the answer is “no,” there is a physical limit. This limit, sometimes called the Chu-Harrington limit, is related to the smallest volume that will enclose the antenna, expressed in wavelengths. If a small antenna working at long wavelengths falls below this limit, then either bandwidth or efficiency will be lost. The ideal length of a mobile phone for low-band GSM performance is around 120 mm, but reasonable performance can be achieved down to about 80 mm. Unfortunately, many tracking devices are as little as 40 mm in their largest dimension so the antenna design is a significant challenge.

Every antenna must have two halves — the antenna itself is one part and the PCB usually forms the other. The only exception to this is when the antenna itself has two halves, such as with a dipole antenna. With a typical tracker antenna arrangement, the antenna must be very small as many other components must fit inside the tracker box. In effect the PCB is the main radiating component and its lack of length becomes critical. What can be done about this problem? One solution is to extend the PCB ground plane outside the box as part of any external features, such as the strap on a watch based tracker or the collar on a pet tracker. Even a loop on the end of the tracker for attaching a cord can make a useful difference to the antenna performance. If no external features are available, it is worth considering using a balanced dipole-like structure, having two antenna arms, because it may be possible to get them a long way apart by attaching them to the inside of the box at opposite ends. This distance can be greater than that between a single antenna and the PCB.

The designer of portable tracking devices is trapped in a space with three types of boundaries. One boundary is the laws of physics that limit how effective a small antenna can be — there is not much that can be done about this except to make use of good engineering practice and experience. Another boundary is cost, because trackers must often be inexpensive devices — engineering for cost reduction is an established and effective art, but it does not increase the designer’s options. The third restriction is formed by the technology available. For example, if better components were available, could the tracker design and performance be improved? Let’s look at this.

A typical complete GSM module that might be used in a tracker measures roughly 30 x 30 x 5 mm and the battery is often a similar size. These two components take up the majority of space available as the processor and GPS systems are generally smaller. Suppose that the whole of the GSM radio could be shrunk to a single chip or a much smaller module. Suddenly a lot of space is freed up in the tracker, but how best to use it? It would not help to make the box smaller, as we have seen. But perhaps the box could be made longer and thinner, especially if a suitable battery could be chosen. The tracker now becomes a thick strip that might be hidden in the frame of a valuable painting or concealed in the lining of a luxury designer bag, just to give two possible examples.

Now imagine that we introduce flexible printed circuit technology together with a curved battery. Our strip tracker can be turned into the watch strap, instead of being part of the watch, or become part of a dog collar or a belt. The long format of the device would mean the GSM radio would work well and the device would be easier to hide. At present, the size and rigid shape of the SIM card and holder would prevent this type of design being realized, so a new SIM card format would be needed. These considerations show that improved components can help the designer and so this is the boundary to push at.

Low-cost tracking devices are growing in popularity and will find an ever-increasing role in protecting people and property. It is not easy to design the radios in these devices, but what we have learned so far is:

Antenova’s GPS RADIONOVA RF antenna module contains both the antenna and all the RF and signal-processing circuits, and requires only the addition of some processor power on the motherboard and appropriate application software. The module provides a complete RF subsystem for the addition of GPS and location functionality to a portable tracking device, and has been demonstrated to be the most versatile and capable solution in terms of both RF and satellite acquisition performance for this application.