Another Year of Uncertainty for the Passives Industry

Inventory levels, market demand and raw materials pricing to have greatest effect on component pricing and lead times in 2013. 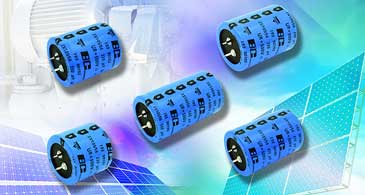 Market uncertainly coupled with weak demand will likely translate into stable supply and pricing for passive components in 2013. Suppliers agree that inventory levels, market demand, and raw materials pricing will have the biggest effect on component pricing and lead times in 2013. 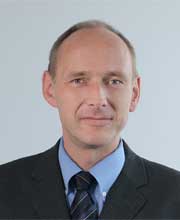 "The worldwide weak business environment will be the main challenge in 2013," said Dietmar Jaeger, vice president distribution, corporate sales, TDK Corp.In general, passive component suppliers don't expect any supply issues this year. Lead times across all passive components, including capacitors, resistors and inductors, are expected to remain in the six- to 12-week range for commodity devices.

However, suppliers give mixed reviews on pricing trends. Although weak demand, combined with excess inventory, often translates into stable pricing, some suppliers say that may not be the case in 2013 as they face rising materials and labor costs.

"The worldwide weak business environment will be the main challenge in 2013," said Dietmar Jaeger, vice president distribution, corporate sales, TDK Corp., Munich, Germany. "Most likely this will lead to overcapacities for different products, and as a result, customers might get the wrong impression that price reductions are possible. But that's not true. On the contrary, we will be facing further material and labor cost increases that we need to pass on to our customers."

Many passive component suppliers say that if the market rebounds quickly in 2013, prices will likely rise and lead times will extend quickly for many products. But suppliers say the shortages will be temporary, as they already have the equipment in place to ramp-up production capacity. It's a question of bringing in more people and adding more shifts. 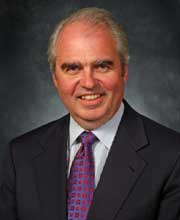 "Lead times are stable right now, but that will be driven by when and how the demand picks up," said Per Loof, chief executive officer, Kemet Corp. "If demand picks up very quickly, then you will see that lead time picture change very quickly."In 2012, as demand waned, most passive component manufacturers scaled back on production capacity due to excess inventory in the distribution channel and at OEM customers. Now that most of that inventory has burned off, according to some suppliers, a quick ramp-up in demand could result in shortages.

"The biggest issue is uncertainty," said David J. Valletta, executive vice president worldwide sales, Vishay Intertechnology, Malvern, Pa. "No one knows where the market is headed and so it's very difficult to plan for production capacity."

"Lead times are stable right now, but that will be driven by when and how the demand picks up," agreed Per Loof, chief executive officer, Kemet Corp., Greenville, S.C. "If demand picks up very quickly, then you will see that lead time picture change very quickly."

If the market rebounds suddenly, similar to what happened in 2010, buyers also could face price hikes.

"If things were to pick up again, we could have a situation where prices rise a little bit as the [passive component] industry starts to scramble to get capacities back up and materials suppliers do the same," said Valletta. "If the market remains weak, then it could depress prices a little bit."

Buyers should continue to work closely with their passive component suppliers, particularly in the first half of 2013, to ensure that they won't be affected by any sudden market upticks. 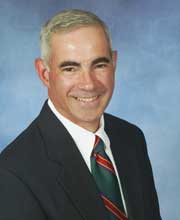 "The biggest issue is uncertainty," said David J. Valletta, executive vice president worldwide sales, Vishay Intertechnology. "No one knows where the market is headed and so it's very difficult to plan for production capacity."However, a general recovery won't likely happen until the second half of 2013. Suppliers expect several market segments to drive growth, including automotive, telecommunications infrastructure, medical, and some consumer electronics sectors, including tablets, although they gobble up fewer passive components than other computing devices.

Despite a slowdown in renewable energy and electric vehicle (EV) markets, suppliers remain positive that these segments will turn around again. Valletta said Vishay is optimistic about renewable energy, and although the EV market has stumbled, it certainly has a future.

Jaeger said smart meters and "green" energy applications are a good business for TDK, although hybrid electric vehicles (HEVs), and particularly EVs, are still in low volumes. "The bigger market share and growth driver remains automotive electronics for the use in conventional fuel-driven cars," he said.

But the recovery will depend on financial stability in Europe and sustained growth in the U.S. economy, suppliers say. The consensus is that growth in the United States is stable, although some of the core segments for western manufacturers have slowed, particularly for industrial and military applications. Asia is still a question mark in terms of demand while China's growth has cooled and Europe remains the weakest link in the global economy.