A Third Approach for White LEDs

There is a large and lucrative market for white LEDs. For example, the devices are becoming increasingly popular as replacements for incandescent bulbs as engineers seek to take advantage of LED's efficiency, long life, and robust structure.


There is a large and lucrative market for white LEDs. For example, the devices are becoming increasingly popular as replacements for incandescent bulbs as engineers seek to take advantage of LED’s efficiency, long life, and robust structure. According to market analyst IMS Research, LED’s share of the lighting market will rise from around 2 percent in 2012 to 10 percent in 2014, and 25 percent just three years later.

Each of the replacement fixtures typically requires 6 to 10 LEDs, producing light close enough to the color and “temperature” of incandescent light to satisfy demanding consumers. However, this problem is much harder to solve than it might first appear.

The main challenge is that LEDs themselves are unable to directly produce white light. Instead, individual LEDs emit light of a very narrow band of wavelengths that appear to be one color, such as red, green, or blue.

One technique for producing “white” LEDs is to mix the color from red, green, and blue discrete devices to produce white. Another method is to use a blue LED to excite a phosphor that then emits yellowish light, which then mixes with some of the original blue to create a good approximation of white. Both these techniques have their advantages and drawbacks.

Recently, a little-known third way has emerged that combines the advantages of the two established methods to create a “warm-white” LED light source with a high color rendering index (CRI) and a high luminous efficacy. (The CRI is a quantitative measure of the ability of a light source to reproduce the colors of various objects faithfully in comparison with an ideal or natural light source.) This article describes the new technique.

As just noted, a popular method for generating white light is an additive technique combining the light from red, green, and blue LEDs (see the TechZone article “Creating White Light by Adding – Not Subtracting – Color”). Mixing the light from three devices allows the designer to “tune” the color of the resultant white light. However, it is a relatively expensive method because it requires three LEDs each with their own driver circuitry.

This technique, however, is gaining popularity for backlighting LEDs such as those used in TVs (see TechZone article “LED Backlighting Enhances LCD TV Picture Quality”) where the additional cost is justified because the “quality” of the emitted white light can be more easily controlled to optimize the TV picture.

As an example, OSRAM supplies its Multi CHIPLED devices for backlighting applications that incorporate the red, green, and blue LEDs in a single package (Figure 1). 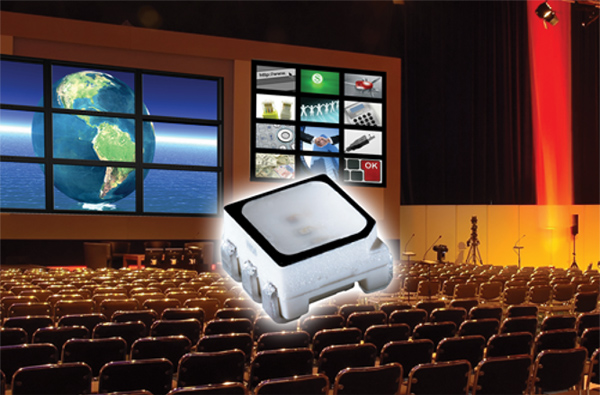 
The second technique – and currently the most popular for mainstream lighting applications – uses blue LEDs combined with yttrium aluminum garnet (YAG) phosphor. A proportion of the blue light from the LED is absorbed by the phosphor, which then re-emits it as white light due to a phenomenon called Stokes shift (see the TechZone article “Whiter, Brighter LEDs”).

This is a popular technique with LED makers because only one chip is required, instead of the three used for the additive method, ensuring a compact and cheaper solution with fewer thermal management challenges. However, there is one big downside: a reduction in efficacy caused by energy lost in the Stokes shift conversion.

Cree is among the companies that offer blue LEDs with phosphor. One example is the XLamp XT-E, a 136 lm/W white LED for mainstream lighting applications.

Blue LEDs with phosphor are most efficient when emitting “cold” light (i.e., light with a high color temperature) because less energy is lost in the Stokes shift conversion. Consumers, though, tend to prefer a “warmer” source (closer to the light emitted by incandescent light). Unfortunately, this means using a phosphor that generates some red light. Such materials further lower the overall LED efficacy. (See the TechZone article “LED Specs - Understanding the Color White.”)

Figure 2 demonstrates that by mixing the three primary colors (blue, green, and red), or a single primary color with its complementary color (for example, blue, and yellow), white light can be produced. 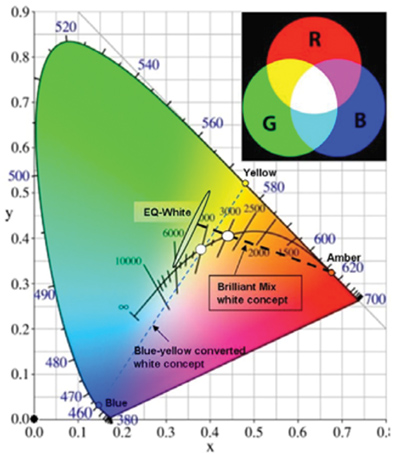 Figure 2: CIE color space diagram illustrates the concept of color mixing by using primary colors or a primary color and its complement.

There is a third method for creating white light from LEDs, claimed by its inventor, OSRAM, to combine the advantages of the established methods while eliminating the drawbacks. “Brilliant Mix” is said to create a warm-white LED light source with a high CRI (> 90) and a high luminous efficacy.

This approach uses red or amber LEDs combined with special white LEDs that have been shifted into the green range by combining a blue chip with green phosphor (called “EQ-White”). The green phosphor is advantageous because it has a very low conversion loss rate, resulting in inherently high efficacy. Moreover, by using a discrete red LED, the requirement for the phosphor to produce red light to aid in the production of warm white is eliminated, allowing the use of a material with higher efficacy.

The combination of amber and EQ-White can produce all chromaticity coordinates on a straight line between the two base colors by adjusting the luminous flux ratios of the two sources relative to each other. The line intersects with the Planckian locus – the path that the color of a black body takes as its temperature changes – at 2,700 K (Figure 3). 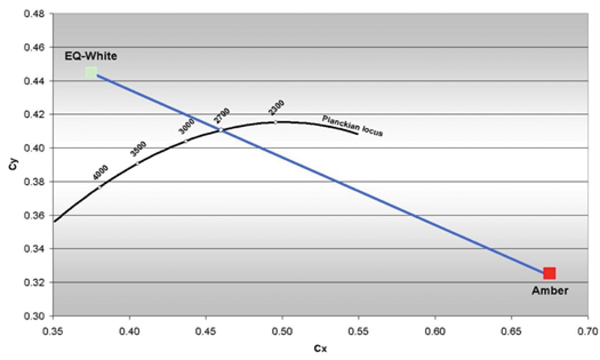 Figure 3: The Brilliant Mix concept in the CIE color space.

The company says its OSLON SSL LEDs are suitable devices for the Brilliant Mix concept. The OSLON SSL is a single-chip LED with primary optics in a 1 W package.

There are some inherent disadvantages with the technique. Chief among these is that the luminous flux decreases more rapidly at operational temperatures than standard white, shortening the life of the LED somewhat (no figures are yet available). Furthermore, more complex electronics and optics are required to manufacture light fixtures than with standard devices. Finally, it can be a challenge to develop the control system the LEDs require to meet the necessary CCT, luminous flux, and color-point stability.